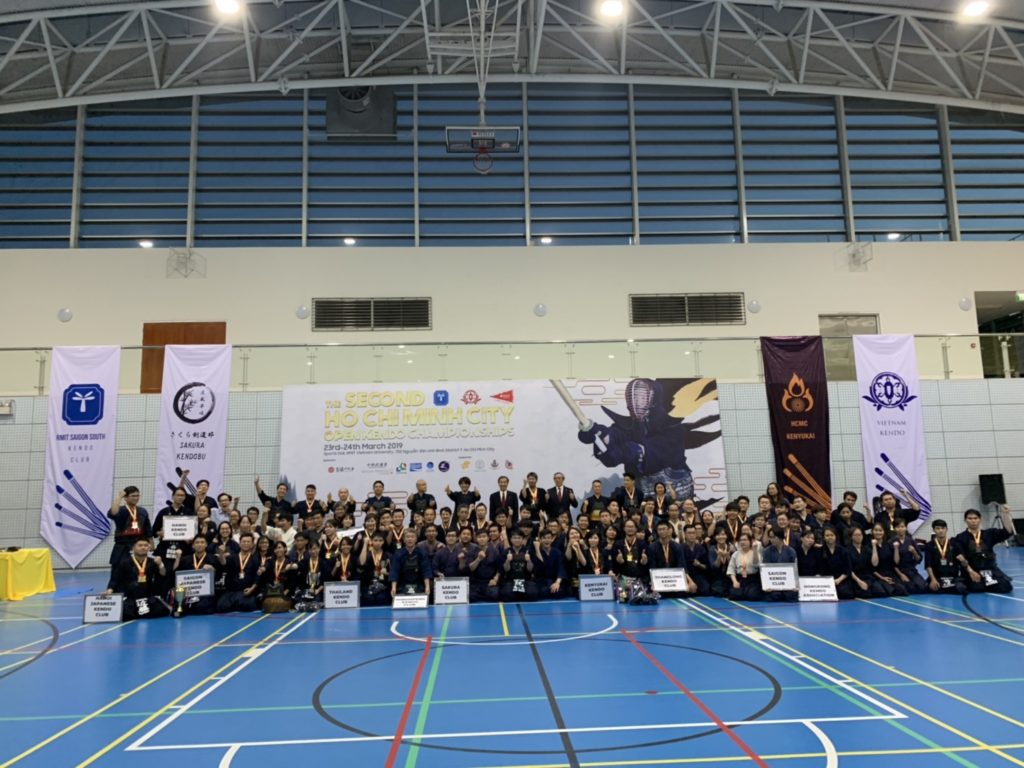 This time we would like to introduce organizer of this tournament what is RMIT University Kendo club.

The history of Rmit Kendo club

Writer: Can you tell me about the history of RMIT Kendo club?

Mr Nhan: RMIT Kendo Club was first established in 2009 but was forced to merge with Aikido club since the members was just a few. Later, we re-established it in 2014 and has been contributing many great events for Vietnam Kendo so far. At first, we had Kanesaki Keisuke-sensei as our instructor, he is called to be the first sensei who contributed great effort in developing Kendo in Vietnam. However, he has returned to Japan due to his old age and health, the club is being instructed by me and other senpai since 2015.

The reason that starting to practice kendo

Writer: Can you tell me that why you started to practice Kendo.

Mr Nhan: At first, I don’t like mainstream sports and I saw kendo using bamboo sword which is very cool and different from other martial arts and sports. However, only till I first experienced shiai, then I really see how much I can be better in every way in life and kendo

How many years have you been practicing kendo

Writer: How many years have you been practicing Kendo?

How can you describe your first sensei

Writer: How can you describe your first sensei?

Mr Nhan: Kanesaki-sensei was a happy sensei and tried his best to edcuate us to do proper and beautiful kendo with his words “Ichi geki no bi” (The beauty of the single strike) despite he can only speak Japanese. His great contribution and inspiration still keep living in our hearts and will be passed on for every next generations.

How many members are there in Rmit Kendo club

Writer:How many members are there in Rmit Kendo Club?

Mr Nhan:We have around 40 to 50 members in our club

Writer:What things are interesting in Kendo ?

Mr Nhan: Respect, respect and respect. Why I have to say that word 3 times? Only when you have respect for each other, then you will be able to earn everything you are dreaming of in Life and Kendo, also possess the best version of yourselves who can do anything as long as the fire of your will can lighten the way.

Writer:What things are difficult in Kendo?

Mr Nhan:Try to understand everything in the simpliest way is the most difficult task yet also easy as the same time. So that mean, we must learn how to have a calm mind and look at things as what it really is, not the exaggerated versions of everyone’s thoughts.

Why do you challenge to open Kendo tournament in Vietnam

Writer: Can you tell me why you challenge to open Kendo tournament in Vietnam.

Mr Nhan : All I want is to see everyone can come close to each other and be a true family who share the same passion for Kenco. Sp, they can do kendo together without boundary and with respect for each others. Kendo Tournament is not a place for kendoka to come and compete with each other to show who’s the best but a place for everyone to get closer each time they attend and cross swords.

Writer: At last, can you give some massages to Japanese?

Mr Nhan:Developing Kendo in Vietnam is still on a rough road and we deeply appreciate all the help from Japanes

guidance & support for the best goal can be achieved

If you visit HCM, go to practice to RMIT Kendo club! 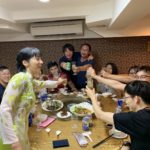 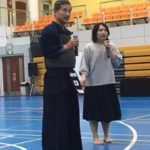 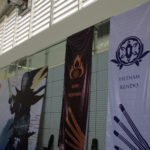 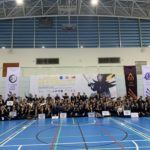 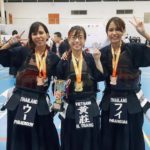